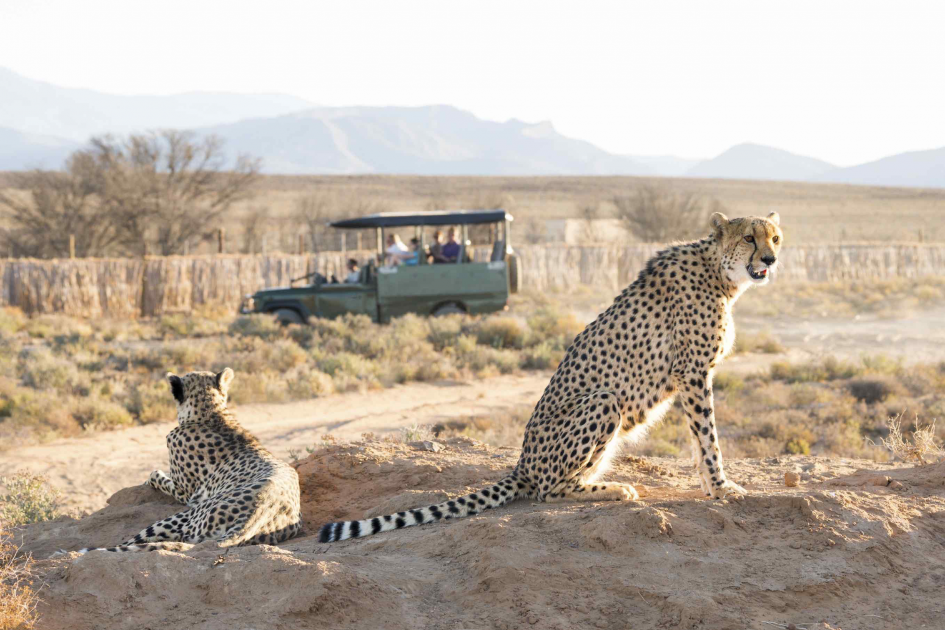 “Participants were able to check off the Big Five in record time and we had a superb sighting of a male leopard in broad daylight – he was eyeing some distant impala but unfortunately for him they got his scent. So he walked slowly over the road right in front of us, posed for photographs, before disappearing into thick bush. Another highlight was a full ten minute encounter with a black rhino. Madikwe Game Reserve has to be one of the most prolific destinations for game viewing in all Africa.”

The safari continued on to Victoria Falls as the group had not seen them and they had a night of pure luxury at Victoria Falls River Lodge. This is the only camp inside the National Park and one is surrounded by wildlife. Then it was on to Mana Pools in the Lower Zambezi for two nights at Zambezi Lifestyles Tented Camp. Just five tents erected just for the group right on the banks of this mighty river. Bucket showers completed this Out of Africa experience, so unique! The final night was spent at Kanga Camp, away from the river but at a waterhole that provides the only water in winter for miles around.

The highlight prize at Kanga was spotting a Sharpe’s Grysbok, one of Africa’s smallest and this chap must have been all of eight inches or so tall. Our grand total of mammal species seen on safari numbered 35. That’s hard to match on any safari.

If you’re interested in our 2016 safari drop us a line and we’ll send you up-dates. It’s in the planning stages right now for September/October.